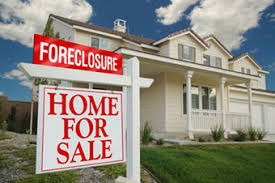 Economic Articles. On this occasion we will discuss about the financial crisis in 2008 originally caused by Subprime Mortgage in the United States and spread to Europe and some countries that have trade, financial and investment relations with United States country.

The global financial crisis that caused the declining performance of the world economy
Drastically in 2008 and is expected to continue, even
Will increase in intensity in 2009. Slowing economic growth
For developing countries and emerging markets, this situation can damage the fundamentals of the economy, and trigger an economic crisis. Concerns over the negative impact of the global economic downturn on emerging market economies and the flight to quality phenomenon of global investors amid the current world financial crisis have put pressure on currencies around the world, including Indonesia and draining US dollar liquidity on the market Domestic many countries. This causes the forex market in developed and developing countries tends to fluctuate amid increasing uncertainty.

The most immediate negative impact is felt as a result of the economic crisis
Global is in the financial sector through aspects of psychological sentiment as well as the decline of global liquidity. Declined in the stock price in Indonesia Stock Exchange reached about 50 percent and the depreciation of the rupiah.

Throughout 2008, the rupiah has depreciated by 17.5 percent. The tendency of volatility in the rupiah will continue until 2009 with the ongoing efforts to reduce the debt (debt) of global financial institutions.

The various conditions mentioned above are expected to have a significant effect on slowing economic growth, providing employment opportunities, and reducing poverty. The downward trend in economic growth ranges from 4.0 to 5.0 per cent with the most optimistic estimation point at 4.7 per cent (lower than the initial estimate of 5.0 per cent) primarily due to (1) an investment slowdown estimated at 5.9 Percent, lower than the previous estimate of 7.5 percent, among others derived from foreign investment (PMA) and portfolio investment; And (2) export performance slowed from the previous estimate of 7.8 percent to 5.1 percent.

The last three months data showed exports to be stagnant or even negative (-3.0 percent). The decline in exports will be followed by a decline in production, so the rationalization of labor is difficult to avoid.

Increased in unemployment and the number of poor people soon be experienced by the national economy and global economic crisis. Currently, the phenomenon of termination of employment (PHK) has occurred in export-oriented industries. Followed by layoffs on textile products and paper, and plans to lay off workers in the timber and plantation industry.

In addition, the global recession will also result in layoffs on some of the Indonesian labor migrants abroad. This will not only put more pressure on the labor market in Indonesia, but will also reduce foreign exchange earnings.

A reader analytics company in London desires to use information on our reading habits to remodel how publishers acquire, edit and market books. This article seems to be on the generally understood guidelines and guidelines, […]

There is a first-time for almost everything, including not only buying trading stocks, but in addition, acquiring community shares each time a organization to start with goes public. Such a good opportunity is recognized as […] […]